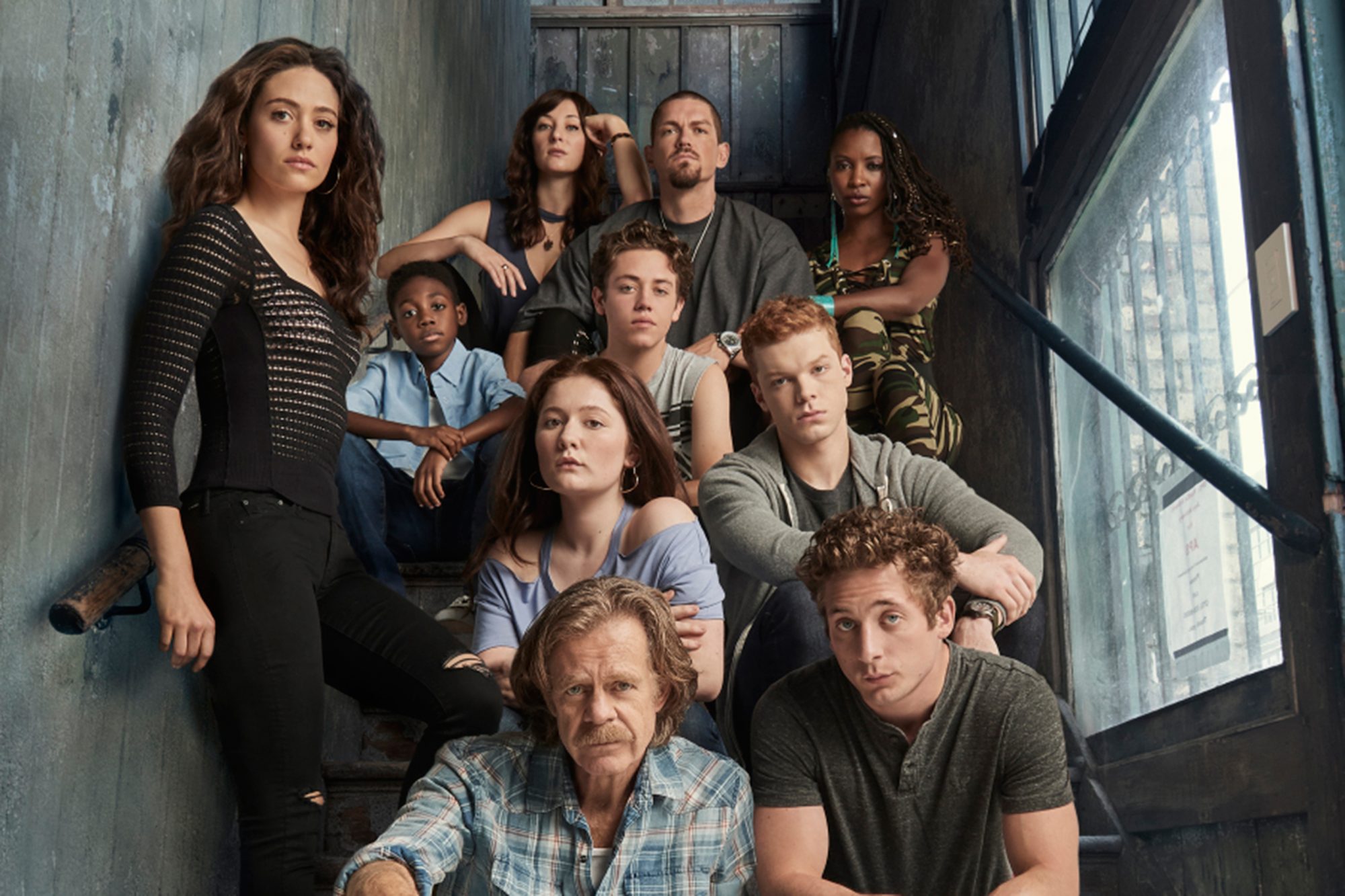 It is hard to imagine anyone other than William H. Macey playing Frank Gallagher. Bringing the same unexpected pathos to this dark, complex character that he has brought to other characters throughout his career—most notably Jerry Lundegaard in Fargo—Macey fully inhabits the role of the liquored-up, fallen patriarch in the Showtime series Shameless, now in its second season.

As funny as it is disturbing, the series revolves around a working-class family struggling to make ends meet on Chicago’s South Side. To be sure, we’ve seen this story line before, but it would be wrong to think that there is anything derivative about the show. Macey is no Archie Bunker, the bigoted pater familias of the 70s sitcom All in the Family. Whereas Archie is predictable in his circumscribed life as a blue-collar worker who, despite his many flaws, loves and provides for his family, Frank is an unpredictable, hapless drunk who all but abandons his six children.

It is difficult to see how such a selfish, unapologetic alcoholic who leaves his children to fend for themselves could be a headliner for anything other than a Greek tragedy, but Frank’s shadowy schemes draw plenty of laughs and fetch equal amounts of outrage and compassion. In spite of his despicable behavior, we find ourselves accepting him, even caring about him, in part because we see his humanness and vulnerability when he cannot.

At one point, Frank bets a local gang banger $10,000 that he can’t be tased twice and stay on his feet. The thug lets Frank zap him and, naturally, he remains standing. Not surprisingly, Frank can’t pay the debt, so he hatches one crazy plan after another to come up with the money–including allowing his toddler son, Liam, to be held as collateral until he can pay what he owes and showing up in a gay bar to exchange sex for cash. We are so horrified by his behavior that we think he can’t possibly be more reprehensible. He can.

After finding out that neighborhood floozy Dottie Coronis, played poignantly by Mollie Price, will die unless she receives a heart transplant, Frank contrives to get his hands on her pension by offering to help her with household projects and by asking her to marry him. After the proposal, we see Dottie in the distance stepping naked into the shower, while Frank, in the foreground, hears her pager go off and surreptitiously responds to it. When he learns that a heart is available, he tells the person on the other end of the line that “she doesn’t need it anymore. She passed last night.” What follows is an unspeakable sex scene that defies description.

Yet, Frank is someone we almost know: He’s just a few degrees the other side of the feckless fathers and hooched-up husbands who live with us, sleep in our beds, eat at our tables, and pilfer our savings. We hope they will change but fully expect they will not, just as we hope every lapse will bring Frank closer to salvation and every moment of self-justification will bring him closer to a moment of self-awareness.

That moment seems far off, though, when we later find him at his local watering hole rationalizing his behavior to anyone who will listen. “If you are waiting for a new organ,” he bellows, “you are interfering with God’s plan. If you have a bum heart, that’s your lot in life. Don’t take someone else’s.” Since Shameless trades in gallows humor and asks us to question our notions of morality, this rant, like all of Frank’s other rants, should make us laugh. It doesn’t. Because Dottie is such a sympathetic, even sacred, character—more so than any other in the show—it’s just too hard to find any humor in her tragic end.