I have admired Deepak Chopra for a long time, but my respect for him soared when I read How to Know God, his stunning reflection on “the mystery of mysteries.” It was in this book that I first encountered the idea that “brain” and “mind” are not the same thing and that I first came to see how the brain might well be “hardwired to know God.” 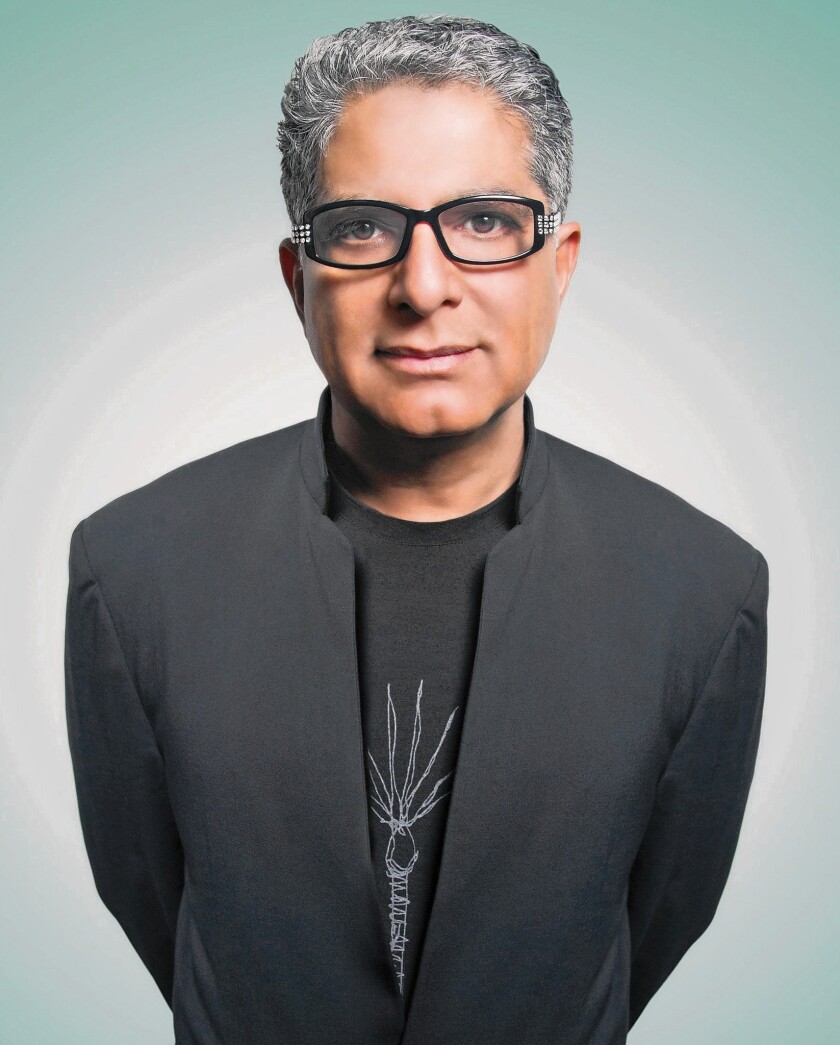 It was here, also, that I found an accessible (and, to me, revolutionary) framework for beginning to understand that our capacity to know the Divine quite likely evolves as we do. As one who has been interested for many years in the ideas of GI Gurdjieff and PD Ouspensky, among others, I found these more mainstream ideas about the evolution of consciousness not incompatible with the esoteric thought to which I had been, and continue to be, deeply attracted.

Since reading this bestseller, I have read a number of Chopra’s books and have followed his career more or less. Joining some two million others, I recently “liked” his Facebook page as well and so now get to see near-daily videos in which he speaks extemporaneously (though he glances at notes from time to time) on topics so profound one cannot help but be in awe of his elegant, understated genius.

Today, I did not want to miss his mysteriously hopeful “3 Cosmic Mysteries: A possible solution,” and so I listened in attentively to a brief talk on the following three “unsolved riddles”: 1) What is the universe made of? 2) How do DNA and our genetic material create life? 3) What is the biological basis of consciousness?

As he was wrapping up this presentation, in which he suggested that an answer to all three questions might be found in the compelling notion that “consciousness is all there is,” he leaned towards his computer to read a few real-time comments. Patty said, “Stop talking crazy and marry me” to which he responded with deadpan delivery, “Sorry, Patty. I would love to connect with you, but I can’t get married. I’m already married at the moment. And happily so.”

He went on to read another message from one Varun Vashishta (alternatively, Vashishtha), who wrote, “Very boring.” To this Chopra had the following to say:

“Vashishta, you do injustice to your name….One of the greatest sages of all time was Yogi Vashishta, the teacher of Ram, the incarnation of Divinity. And Ram went to Vashishta asking him to teach him the meaning of life. And, as was customary in those days (and even now), Ram, the incarnation of Divinity, bowed and paid his respects to Vashishta…. ‘Don’t do that. You are the Divine.’ And Ram said, ‘I might be, but I’ve forgotten. So show me how.’ So Varun, you do a great injustice to your tradition, and I’m sorry to say you should be a little ashamed of yourself. And if you don’t enjoy coming on these podcasts, you don’t need to. Anyway, God bless you, and take care.”

And thus was the immature Varun Vashishta dispatched—with but the gentlest of rebukes. Later, when considering what Varun had written to one of the most esteemed people on the planet, I could not help but think that perhaps unconsciousness is all there is.