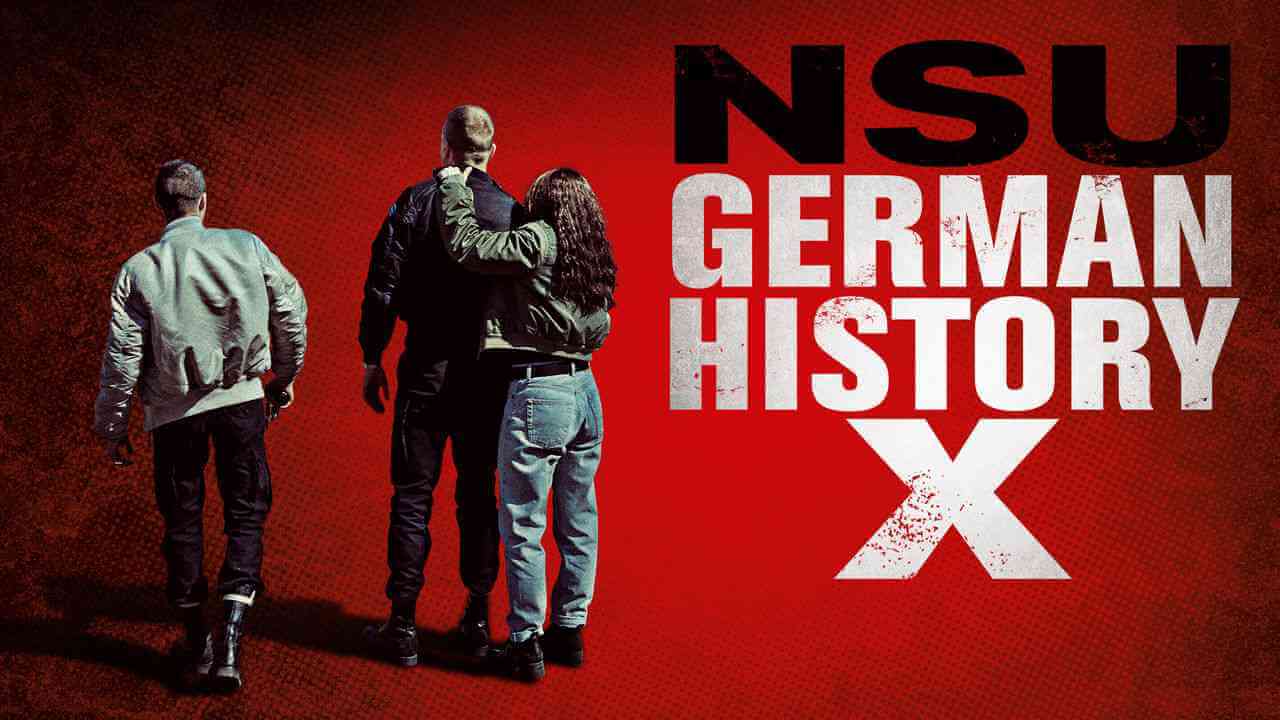 NSU: German History X, a crime drama produced in Germany and introduced to US audiences as a Netflix “original,” chronicles the growth of the ultra-right National Socialist Underground (Nationalsozialistischer Untergrund) terrorist movement, which began to gather its destructive energy in the 1990s after the fall of the Berlin Wall.

Though based on real events still playing out in Germany’s Federal Court of Justice (Bundesgerichtshof or BGH), the Netflix series is nonetheless billed as “a work of fiction, not a documentary” and is told in three, movie-length episodes. The first episode focuses on three perpetrators who, after founding the NSU, go on a killing rampage across Germany that spans many years and that takes the lives of eight Turkish immigrants, one Greek immigrant, and a German policewoman. The second episode centers around the 2000 murder of Turkish florist Enver Simsek, one of the ten victims, and shows with heartbreaking poignancy the impact his violent, senseless death had on the wife and children he left behind. The third episode exposes the police investigation of the crimes for what it was: drawn out, cruelly executed, badly bungled, politically charged, and morally ambiguous.

While the second episode is one of the most unflinching—and wrenching—portraits I have seen of a very particular and, but for this episode, ineffable kind of suffering immigrant families are made to endure wherever a climate of xenophobic, nativist sentiment exists, it is the chilling story of the three young, right-wing reactionaries that I cannot quite shake.

It would be simplistic to say that these three were disaffected, uneducated thugs with a misguided belief that immigrants, Jews, and other so-called minorities had taken away their jobs, had overrun their country, and had somehow usurped their birthright. It would also be simplistic to say that one of them behaved as she did because of a weak, neglectful, alcoholic mother or that all three were looking for ways to feel powerful and visible because they actually felt impotent and unseen.

Yet I am left with an uneasy feeling about these perpetrators, who came of age during a turbulent time of reunification in Germany. While two of the three are now dead and the one still standing is in prison, their strain is alive and spreading infection not only across an increasingly right-shifting Europe but also across this country, where racist, anti-immigration sentiment has once again found a witting mouthpiece for its message of hate in none other than a Republican presidential candidate.

An ocean might separate the US from the current tumult in Europe, where right-wing nationalism has taken firm political hold in Austria, Denmark, Finland, France, Hungary, Sweden, Switzerland, and elsewhere. But Donald Trump’s racist populism provides just the right kind of bubbling broth needed to grow a thriving culture of extremist microbes right here at home.