As much-admired men in the public sphere fall, I am deeply saddened by their tumble-down because some, like Louis CK and Kevin Spacey, are genius. And we are going to need a boatload of genius to counterbalance the idiocy we now see in Washington, DC.

I am wildly grateful, though, that at last there has come a moment of public reckoning for men who would use their prestige and power to assault women with impunity. And I am very much for town-square pillorying if this serves as a warning to those who even contemplate the kind of beastly violations that lately have come to light.

Yet, I don’t think there is a woman living, or dead, who has not experienced, or witnessed, our culturally nourished abuse and diminution of women. Even the best of boys learn when they are toddling that they can run roughshod over girls. Daddy and mommy might even think it cute — the emerging machismo of their male offspring. And what high school locker room has not enwalled its share of towel-snapping teens snickering about the school “slut” who gave it up the night before?

Why, just the other day, while waiting at a crosswalk, I was standing behind a group of adolescent boys who were laughing about a tweet one had seen, which posed these questions: “Why do girls wear whore costumes for Halloween? Aren’t they supposed to dress up as something they are not?”

(First posted in early fall 2017) For more than 20 years I have been teaching writing and research at community colleges and universities in the San Francisco Bay Area, Washington State, and the DC metro area. Students always have had the opportunity to write end-of-the-semester evaluations of my courses, which I dread with open arms. But in recent years they also have been able to express their satisfaction or dissatisfaction with me on an extremely popular, high-profile site called Rate My Professors. And these ratings seem to carry as much, if not more, weight than college evaluations do — at least in the court of very public opinion.

While many professors who have received negative reviews on this site might dismiss them as the biased rants of disgruntled students, they would have to be made of granite if they did not feel somewhat besieged or besmirched — not least because these reviews typically appear at the top of the first page of a Google search.

Because I have worked so hard to be a worthy teacher, and because I have done my best to develop respectful relationships with my students, I feel fortunate that I have received largely positive college and online reviews through the years. In fact, if truth be told this has been a source of not a little pride that privately I have held fast to, especially during periods when I have felt less successful in other areas of my life.

Occasionally I will check the site, and from time to time I will find that I have been rewarded with a new, and typically lovely, evaluation. Then, a few days ago I went to it and, to my great horror, for the first time saw the dreaded red scowly face with its corresponding “awful” emblazoned at the tippy top of my list of reviews.

These reviews are anonymous, so I could see only that it was from someone who had taken a course I have not taught since fall 2016. “My God,” I thought. “This student has been waiting to pounce for nearly a year!” My heart was pounding as I read “takes her time” (though this did not strike me as an especially negative quality) and “unhelpful” and “move on if you want an easy A.”

It was painful to know that future students would see this neon red face as soon as they entered my page, and I felt I had to try and do something to protect myself from a faceless, nameless someone who was bent on shredding my reputation. But, I also felt at the mercy of this masked student and of Rate My Professors itself, so my imagination failed me until a small voice from beyond whispered, “Write a rebuttal.” Which I proceeded to do.

Although I did not identify myself as the offended professor (and also was in “Incognito” mode on Chrome), I said that I thought the student review seemed defamatory in light of the other positive reviews, and I also said that there was little of substance to give prospective students a good sense of why the teacher deserved such a low rating from this one student.

I did not really expect anything to come of it, but I felt I had to try something to salve my wound. In fact, having tried years ago, and without any success, to get Google to remove my doctoral dissertation abstract from its search engine, I thought snowballs in Hell would remain intact before this nightmare review disappeared.

Then, the next day I checked the site and saw it had been taken down.

UPDATE: Yesterday, I received my second “awful” on Rate My Professors from a student who dropped a class I am now teaching:

I took the hybrid class, and she gives an average of 3-4 assignments per week. Both of the English classes I took are hybrid, and she makes English class 10x harder than it should be. She is detailed but picky. So if you want a professor that creates a one full page instruction for only a week’s homework, very detailed, willing to help, go for it.

Fortunately, I feel less afflicted this time, and at least her (I’m pretty sure I know who it is) explanation shows a clear gripe: I’m too hard and offer too much online explanation for way too many assignments. When I reflect on the boatload of work I had to do as a UC Berkeley undergraduate, I cannot help but lament the trend I have seen of students wanting to do as little work as possible for their degrees.

I love learning, but I am now in the minority, I think. I used to love teaching. 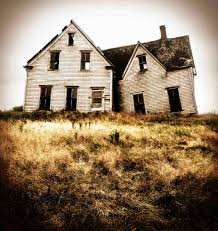 right? You could make this place beautiful.