Since the early days of the Trump administration, an impassioned group of mental health professionals [has] warned the public about the president’s cramped and disordered mind, a darkened attic of fluttering bats [emphasis mine]. Their assessments have been controversial. The American Psychiatric Association’s code of ethics expressly forbids its members from diagnosing a public figure from afar.

I think this poem is gorgeous: it fills me with such peace and hope. I especially like that he has placed “others like myself” between “plants and animals” and “ships and buildings.” I also think the semicolon, the only one in the poem, is perfectly placed, and the title is perfect, too, sitting as it does atop the poem — and reappearing as its last line. 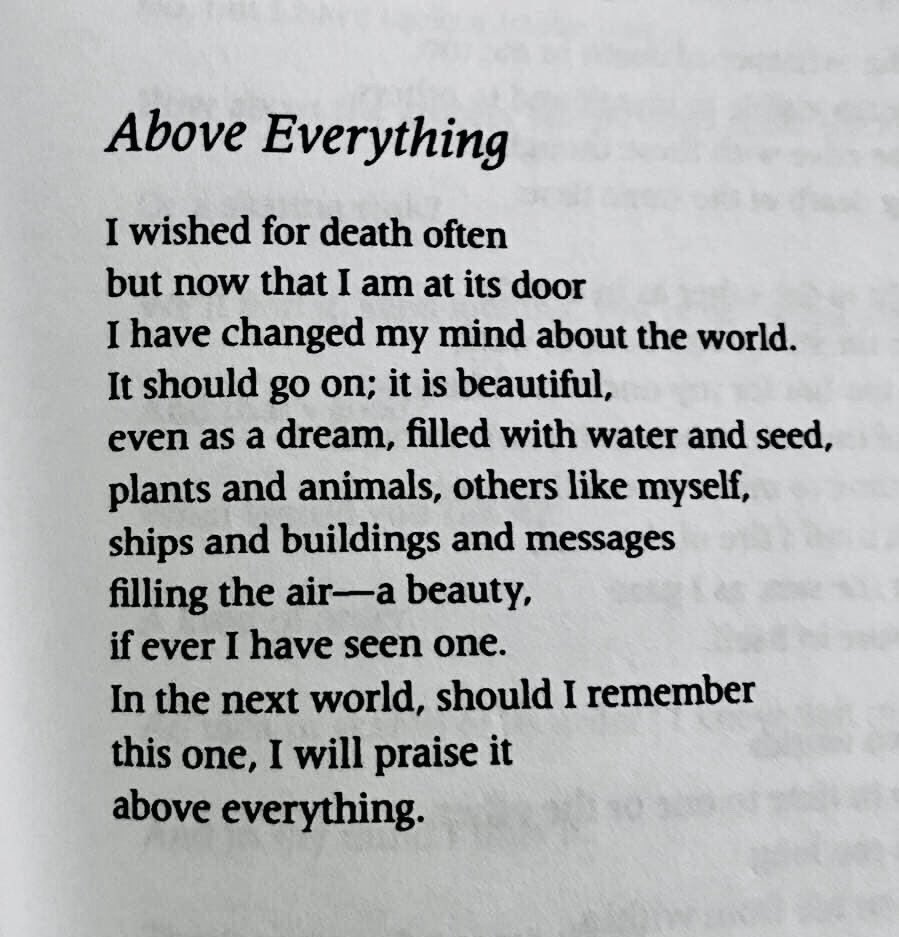 I saw this in my Twitter feed yesterday and watched it more times than I will admit because, well, I just needed to laugh and to feel outsized joyful emotions for another being. When I went to YouTube to get the URL, I noticed that there were 12,465,938 views since January 3, 2016, which included 366K “likes.” But there were 4.5K “dislikes,” and I’m trying to figure out why. I’m typically very sensitive to anything that has even a hint of animal cruelty, but I don’t see any here. Is it that those who gave a thumbs down thought he was being teased or exploited perhaps? Or did they just not like the sound of the dog expressing himself so passionately? Or were some simply being trolls who roam the internet looking for ever more ways to be a******s? If you have any ideas, please leave a comment.