Rose ave. is a collaboration between Alecia Moore (aka Pink) and Dallas Green (of City and Colour), and it is one of the most beautiful, and haunting, collections of songs I have ever heard. Singing of love and loss, Moore and Green — who call themselves you+me — showcase delicate, complex harmonies and an extraordinary vocal range. I especially like “Love Gone Wrong” for its simple but catchy “baby…baby” lyrics and for its use of point/counterpoint. And, hard as it might be to believe, they go Sade one better in their harrowing version of her “No Ordinary Love.” If you’d like to hear the full album, click here. 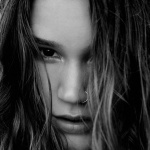 I’m a big fan of Joss Stone, the 27-year-old English singer/songwriter whose music more than tips a hat to the likes of Aretha, Dusty, and Janis but whose bluesy soulfulness is uniquely her own. I’m mesmerized by her sound, which recalls the music of my childhood, and by the barefooted, flower-in-the-hair performances that take me back to my hippie youth, such as it was.

For a while, though, I didn’t even know Joss Stone was a singer because I first saw her in Showtime’s The Tudors, where, during seasons three and four, she was cast as Anne of Cleaves, the fourth wife of King Henry VIII — who cruelly contrived to get rid of her because he found her unattractive. (“I like her not!” bellows actor Jonathan Rhys Meyers’s King Henry to anyone who will listen.) Hers was such a poignant, understated performance that I couldn’t have even imagined such a sexy singer would be hiding beneath the dull, thick costumes. 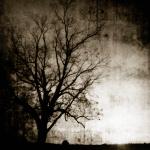 all over the house

and do what they please